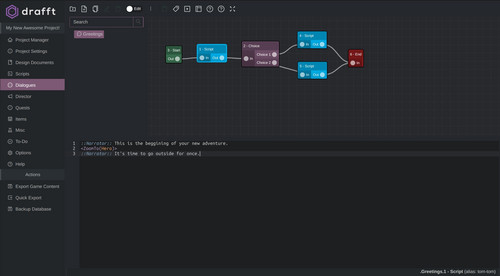 As the app grew bigger I feel that the name does not cover all the functionality and was a bit misleading. Also, the licensing model on itch.io and having two different products was becoming a pain.

So Speechr will now be deprecated and all further development will be focused on Drafft. As a supporter, you can use the same license key in this new app to unlock the full version.

If you have any problem in the process just let me know.

Unfortunately, projects are not 100% compatible, especially those containing GDDs, as the editor needed to change due to licensing conflicts.

Here’s the full changelog on what to expect in Drafft: